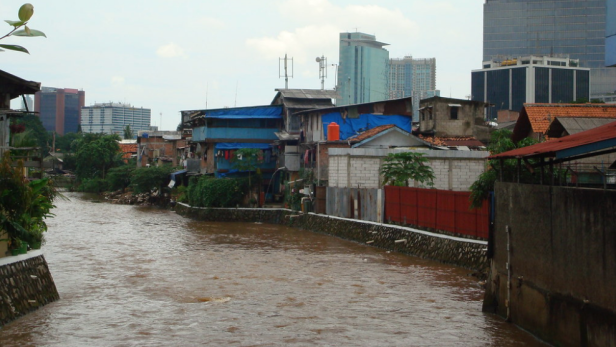 Over the past year, paper straws have become increasingly popular as a half-measure compromise to reduce plastic waste. Yes, they taste weird, but there are more compelling suggestions as to why they may not be a responsible measure.

Recently, our state implemented a ban on plastic bags. “Ban,” of course, simply means they now cost 10 cents apiece; a literal ban will go into effect in 2021. As someone who worked two retail jobs throughout the genesis of these plans, passive-aggressive quips from customers renewed my own antipathies about the way we talk about and react to environmental issues.

Paper straws and plastic bag bans are only victories-in-name; it’s fair to say that neither the Democratic nor the Republican parties really care about the environment.

When it comes to the GOP, they’re, well, the GOP. Whether it’s the current administration’s outright denials of the problem and cuts to environmental protections, their relationship with the fossil fuel industry, or literally threatening violence when faced with moderate, state-level cap and invest legislation, the Republican Party holds, at its core, a deep resentment of environmental legislation.

Although there is evidence to suggest a marginal shift in voter opinion, particularly among millennial Republicans, with respect to the urgency of addressing climate change, we’d be remiss to anticipate a party-wide come-to-Jesus moment any time soon.

At the same time, the party more traditionally associated, at least within the last two or three decades, with environmentalist convictions hasn’t exactly outdone its alleged opposition by much when it comes to demanding gas and oil executives be held accountable or reducing carbon emissions. They can’t even seem to bring themselves to talk about the issue and embrace concrete, party-standard policies for dealing with it.

Party leaders have routinely dismissed erudite policy strategies as nonsense, and last month, the Democratic National Committee voted against a party-sanctioned climate debate. The DNC chair declared that there would be no “single issue” debates, even though the vote itself was held because of a resolution that called for “multi-candidate issue-specific forums with the candidates appearing on the same stage, engaging one another in discussion.” Last week, 2020 candidates appeared on a CNN climate-themed town hall program. The following day, after boasting about signing a no-fossil fuel money pledge, the current frontrunner headlined a fundraiser by an oil executive. He’s not the only candidate to behave similarly, either.

The impact that the United States and other wealthy economic powers have had on the environment is a direct result of the dominant mode of economic production and the political order on which it is predicated. As such, calls for depoliticizing environmental issues to energize progress don’t take into account the complexity of the issue.

Gas and oil executives have known for decades about the impact their production and waste have had on the environment and have fought tirelessly to keep it under wraps. Politicians have done practically nothing about it.

Climate change and pollution are intrinsically political, simply because our political parties are so much more ideologically congruent than most of us. The resilience of the ideological constructs and political structures that forestall the changes required to curtail ecological catastrophes serves as a constant reminder of this two-party congruency. In turn, the symbiotic relationship that exists between our elected officials and the energy industry by way of lobbying and campaign donations informs our political thought.

Plastic bags and paper straws—which aren’t at all unlike other ironic half-measures like making the military “green”—are meant to serve as an implicit admission of guilt on the part of corporations and the government alike for having played a role in the destruction of the environment; those half-measures are also supposed to ameliorate them .

Additionally, if we are convinced that one party is “for” something, and another “against” the same thing, it creates the illusion that there is some sort of dichotomy between the two supposed ideological camps and that under this assumed premise, some kind of agreement or progress is possible. We won’t bother to wonder if it might be that the integrity of both parties might be compromised in some way.

Upon dispelling that mirage, though, the mere premise of the Democratic party’s inability to successfully craft impactful environmental legislation seems to make more sense than it originally might. They can’t bring themselves to unilaterally denounce their political benefactors, but then again, neither can the Republicans.

What incentive do politicians on either side have to stop accepting donations from the private sector? Diane Feinstein didn’t scold already-terrified children just because she’s insensitive. She was doing her job.

Tackling environmental issues is going to require some thinking outside of the confines of normative political discourse. This means thinking cross-culturally, too. One study of the media’s coverage of climate change showed that poorer nations, many of which are likely to be affected by it the earliest, don’t portray it as a political issue as frequently as we do in the States, and rightfully so. Countries like Indonesia, which are literally sinking into the ocean, aren’t as culpable for what’s happening as the U.S. is.

Envisioning a way of life that is ecologically responsible will require rethinking who our economy and government should really be working for. That might be uncomfortable, and sacrifices larger than weird-tasting straws might be on the table. But climate change legislation must take the path of most resistance to reach the desk of an environmentally-averse president. It’s time to recognize that our elected officials on both sides of the aisle are playing for the same team, and it isn’t ours.