On Feb. 23, the Associated Press released the results for the Republican Nevada Caucus in which Donald Trump emerged with another victory. Trump won with a whopping 14 delegates and 43.9% of the votes. This shows he has an actual chance for nomination as he now has three consecutive victories in the Republican primaries. The second place contender was Marco Rubio with half the number of delegates and 22% less votes than the boisterous business tycoon. Ted Cruz trailed in third with 21.4% votes, only 2.5% less than Rubio and only one delegate less than him as well. Carson and Kasich both came out with one delegate each, with Carson marginally beating out the Ohio Governor. 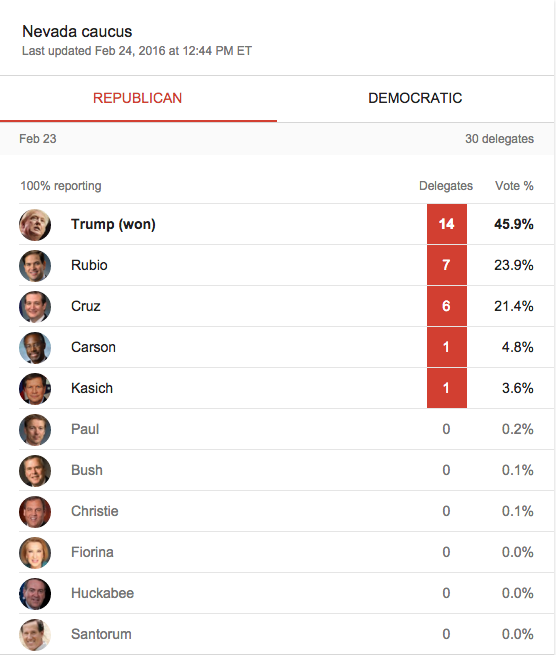 The Democratic Nevada Caucus took place on Feb. 20 in which only two candidates are left in the running. Though the race between the two has been close thus far, former Secretary of State Hillary Clinton surpassed Senator Bernie Sanders. Clinton won with 20 delegates and 52.6% of the votes, whereas Sanders received 15 delegates and 47.3% of the votes. 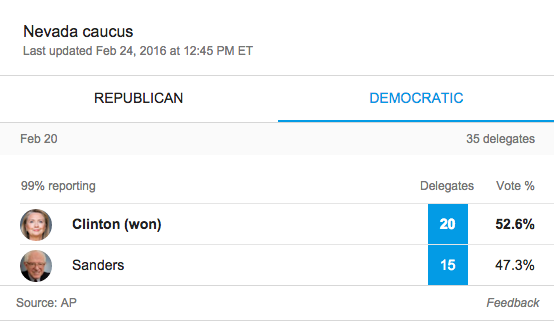 A key difference between the Republican and Democratic campaigns remains in the fact that more backlash and hostility seems to thrive within the Republican side. Only two days prior to the Republican Nevada Caucus, Trump shifted from his attacks towards Jeb Bush towards both Cruz and Rubio. Trump has not been shy about his intentions to victimize those he is running against, even going as far as buying a domain name with Jeb Bush’s name in it and customizing it to redirect viewers back to Donald Trump’s website. The attacks have not remained between just Trump against the others, however; Cruz and Rubio have begun attacking each other in order to prove himself more capable to out Trump as the frontrunner. 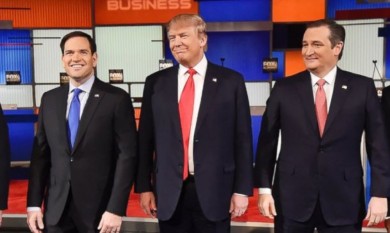 On the Democratic side, little has been covered by the media regarding negative comments about one candidate towards another. Snarky comments are made occasionally regarding the Republican campaigns’ similarity to a reality TV show, but negative comments were not prominent in regards to other Democrats. Hillary seems to be gaining her momentum by shifting her platform towards appealing to the minority communities. Though Sanders has always shown his support towards solidarity movements regarding the minorities, his overwhelming emotions towards breaking up Wall Street and SuperPACS have defined him during his campaign.

With Super Tuesday approaching shortly on Mar. 1, it will be interesting to see the tactics that the seven dominant candidates use in order to gain as many votes as possible. Will Trump and Clinton continue to be the frontrunners or do the other candidates still have tricks up their sleeves?