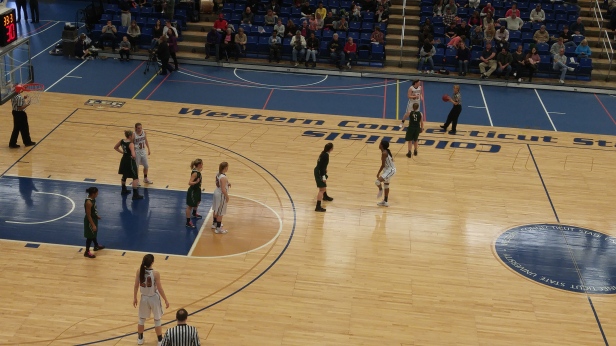 The Western Connecticut State women’s basketball team played Plymouth State Saturday for Senior Day. Kerri Stolle stole the show as she was the only player be a senior on the team.

Stolle was honored before the game and played almost the entire game. She ended with 13 points which lead the team. Her team also helped her out by ending her career on top with a win. The final score was 69-31 as they demolished Plymouth State.

With this win Western has made the LEC playoffs. They will be playing University of Mass. Boston Wednesday February 24th at 6 p.m. at the O’Neil center on the Westside campus of Western Connecticut.